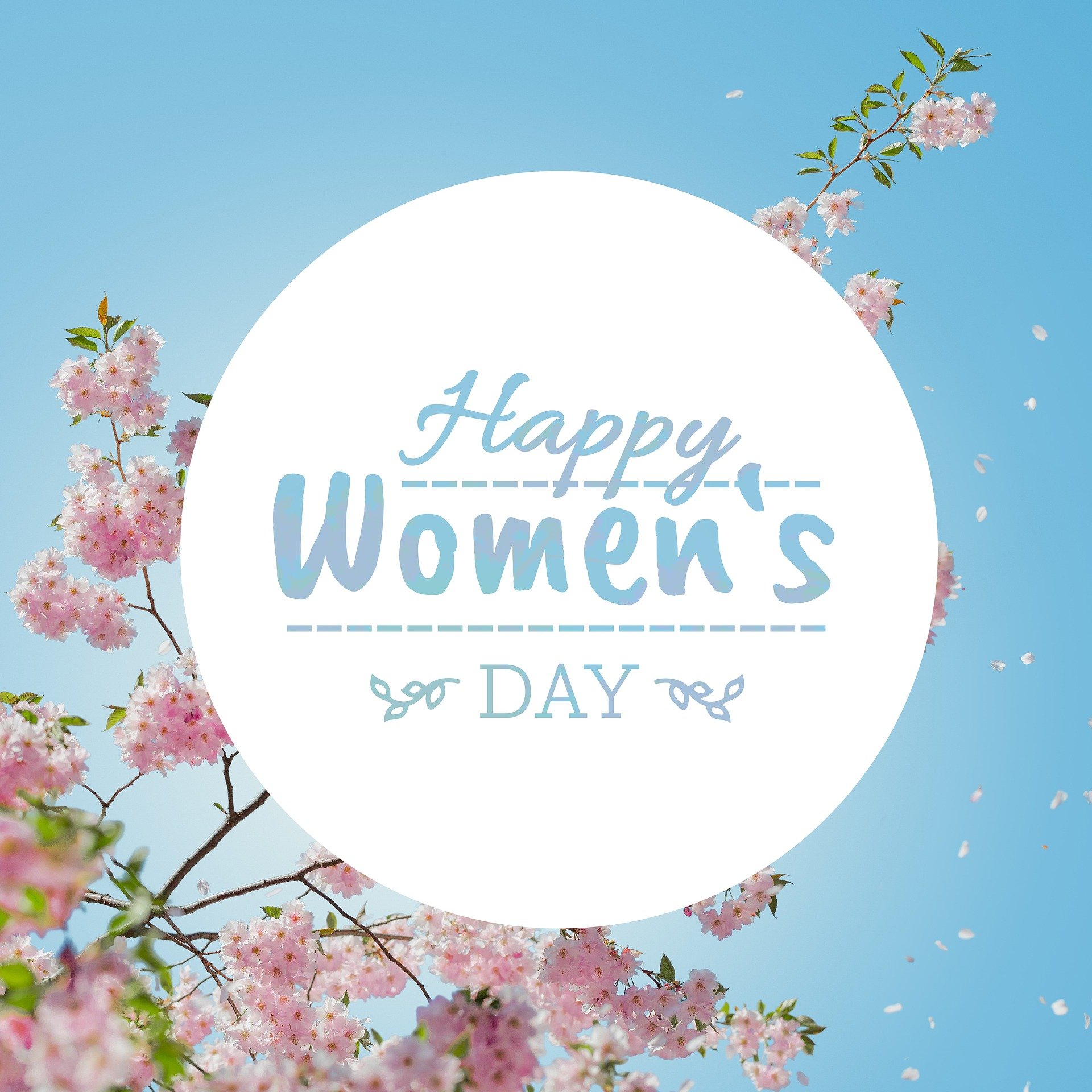 Tuesday 8th March marks International Women’s Day 2022, where countries worldwide unite to celebrate women’s achievements, past and present. This event raises awareness and encourages others to advocate for gender equality.

The hashtag #BreakTheBias is a focal point for this year’s campaign; it focuses on creating a world free of bias, stereotypes, and discrimination and raising awareness of gender equality.

Women winemakers are still very few in the world of wine, so we celebrate our women in wine on International Women’s Day: winemakers, viticulturists, ambassadors, and creative minds behind the brands.

We are offering 10% off our inspiring women’s wines using Discount code IWD2022. Offer is on the 8th and 9th March only.

We start with the creative mind of the brand Thiénot – Garance Thiénot – daughter of founder Alain Thiénot. Together with her brother, Stanislas, Garance Thiénot runs the young champagne house, created in 1985 by their father. Champagne Thiénot is a 100% independent family House, rare in Champagne.

After working in various communication agencies, Garance joined the family group in 2003 as the Marketing and Communication Director. She was keen to learn everything from A to Z and armed with her winegrower’s diploma and her communication background, she entered the wine world – which was and still is to some extent – a man’s world. But with her dynamism and creative spirit, she made her mark in the Thiénot Brand.

2008 sees the rebranding of their logo and bottles. The label was very modern but traditional, with a gorgeous red and sleek font.

In 2016, passionate about art and street art, Garance met up with Street Artist Speedy Graphito to discuss a project that she had in mind. She wanted to create a Limited-Edition Street art using their magnum of Brut NV. After exchanging ideas, Speedy Graphito released his first work of art in late 2016.  2 more designs were released in 2018 and 2020. Garance is busy looking for the next artist…

Dynamic and elegant, Garance is the architect of Champagne Thienot’s image.

Andrée Trapet (née Grayer-Pontius) is a passionate Alsatian winegrower and landowner of Domaine Trapet. Since 2002, the year she decided to continue her parents’ work, she tirelessly accompanies her Alsatian vines. Andrée is Jean-Louis Trapet’s wife. Both winemakers in biodynamics in exceptional places: Riquewihr in Alsace and Gevrey-Chambertin in Burgundy. She shares her time between Riquewihr and Gevrey, despite the two hours and a half by car that separate the two vineyards.
The Trapet estate has grown from 2 hectares to 15.5 hectares with presence in four grands crus: Schoenenbourg and Sporen in Riquewihr, Schlossberg in Kientzheim and Sonnenglanz in Beblenheim.
From the beginning, biodynamics was, according to Andrée, the necessary and unique condition for the development of her terroirs and her vines, so the Domaine was converted to biodynamics. The Domaine consisted of a few grands terroirs, including the Sonnenglanz grand cru. In 2006 came 3 grands crus: Sporen, Schlossberg and the historic grand cru Schoenenbourg. Her son Pierre arrived in 2017, followed the installation of 50 ares of vines in stakes, with an increase in planting density at 12,000 vines per hectare. Her other son, Louis, arrived in 2018. Together they make exceptional wines! 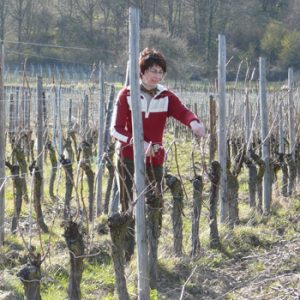 Andrée Trapet tending to her vines

In 1985, Silvio Nardi’s youngest daughter Emilia, then in her twenties, joins the family business. Emilia is the youngest of 8 brothers and sisters. A big wine family! Together with her brothers, she supports introducing radical changes in the wine-production process and the company direction.
A new generation’s leadership began in 1990 when Emilia took over winery management from her father, Silvio. She reorganised the vineyards and cellar. Tradition and experience are joined by scientific research introducing clones’ selection. Like her father, Emilia is focused on highlighting terroir in the wines. The exceptional 1995 vintage was the introduction for Manachiara, now still the winery’s flagship wine. Manachiara is made from a specially vinified selection of the finest grapes from the single vineyard of that name.
2004 sees the first year of production of Brunello Poggio Doria, a special CRU with a strong elegance, created from the vineyard of the same name in Casale del Bosco. Emilia is recognised as a Female Agricultural Innovator and awarded the “Dea Terra” Price for her agricultural innovation spirit by the Italian Minister of Agriculture.
This strong and determined woman is a supporter of other women. She employs several women who are salaried in the same way as their male colleagues and protected during maternity leave, which is sadly not common practice.
She finds that Montalcino is a good place for women to shine. Because Montalcino favours the potential for women, and probably even the wine business allows a woman to express herself as a businessperson.
It’s easy to see why Emilia is one of the most respected women in the wine world. A wonderful inspiration for International Women’s Day!

After spending time abroad to improve her skills in the English language, she returned to La Morra and is ready to contribute to the family business.

Thanks to her inquisitive mind and passion for communication, she endeavours to develop and advertise the company philosophy.

Since joining the company, Martina and Matteo have divided spaces and tasks equally: Martina supervises the offices and carries out the most managerial part. At the same time, Matteo takes care of the vineyards and cellar work. There are also neutral areas, where they live together peacefully: one is the Guarene vineyard, purchased in 2018 to fulfil their desire, the other is the tasting room: they have dreamed of it for a long time, and inside here they can finally toast the objectives achieved and look together towards the future, supporting each other at every single step.

Luisa Menini and Nicola Pittini own their 7 hectares of vineyards in Valvasone Arzene in Friuli-Venezia Giulia. Borgo Delle Oche, their strictly family-run estate and convenient size of their property, allows them to care for the vineyards in a particular way, using organic methods of cultivating. The aim of their activities is solely to create a high-quality wine in which the primary characteristics of the autochthonous grapes come to their full advantage. Their objective is to preserve the heritage of the old grape varieties, and they have replanted various ancient Friulian varieties.

They are close together in life and work and share the same passion for their vineyard and high-quality winemaking. Luisa graduated in agronomy, and Nicola is an agronomist and oenologist. A match made in heaven! Their 2 children have now joined the family business.

Véronique Remond runs her family estate in Burgundy with her husband, Jean-Christophe.

Since 1997, daughter Véronique and her husband Jean-Christophe Rémond, 2nd generation of winegrowers, have taken up the torch; they exploit in a sustainable viticulture practice the 14 hectares of high-quality vines concentrated on a radius of 6 km around Charnay-lès-Mâcon.

When the two winegrowers decided to take over the estate from Véronique’s parents in 1997, the estate only covered 6 hectares, of which only two were vinified on site. Jean-Christophe was a butcher, so he went to a wine school and learned winemaking. Véronique, who had a background in oenology and was brought up at the winery, had already worked in several Domaines.

Like many small winegrowers, it is a family affair, so they are both involved in the viticulture and winemaking side of the business and the administrative side.

Véronique and Jean-Christophe Remon’s wines reflect the traditional vinification and represent the terroirs of the South Mâconnais, combining the respect and typicity of the grape varieties.

The history of Domaine Gaujal de Saint Bon – Château de Pinet is that of a family of merchants who became landowners.

In the 18th century, this story began with women bringing a small piece of land from Pinet to a bridal basket: on February 10, 1744, Anne Guinard married Antoine Barthélémy Gaujal.

Today, after a long transmission by men and passed from father to son for 250 years, the Domaine, as at its origin, has returned to the hands of women.

They are seeking the alliance of know-how and modernity. Most of the wines are characterized by low yields making it possible to obtain better concentration and an aromatic richness taking the time to develop.

For generations, the Domaine de Pinet has worked with respect for nature and implemented “Know-How and authenticity.

The Domaine’s soul is expressed during harvest time, where the work of a whole year is orchestrated by the preparation and transformation of the harvest under the direction of A-Virginie, a true conductor!

We celebrate this International Women’s Day 2022 with a woman from the past: Léonie Duchêne.

It all started with the love of Victor Canard, a cooper, and Léonie Duchêne, a grower’s daughter.

In 1868, Victor and Léonie combined their names and their skills, and created the eponymous Maison Canard-Duchêne, driven by a bold vision: to reveal the exceptional potential of their hillside village, located in the heart of the Montagne de Reims. Canard-Duchêne’s passion stems from a unique blend of family values and an identity deeply rooted in the Champagne region.

Dedicated to Léonie Duchêne, the founder of the House, the Léonie Brut Cuvée pays tribute to all women on this international women’s day 2022… and on all other days of the year!

We are offering 10% off our inspiring women’s wines using Discount code IWD2022 . List of wines here

Offer is on the 8th and 9th March only. 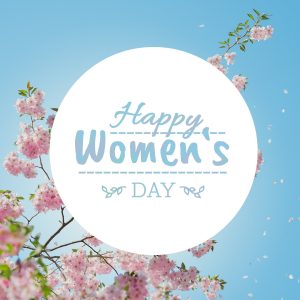 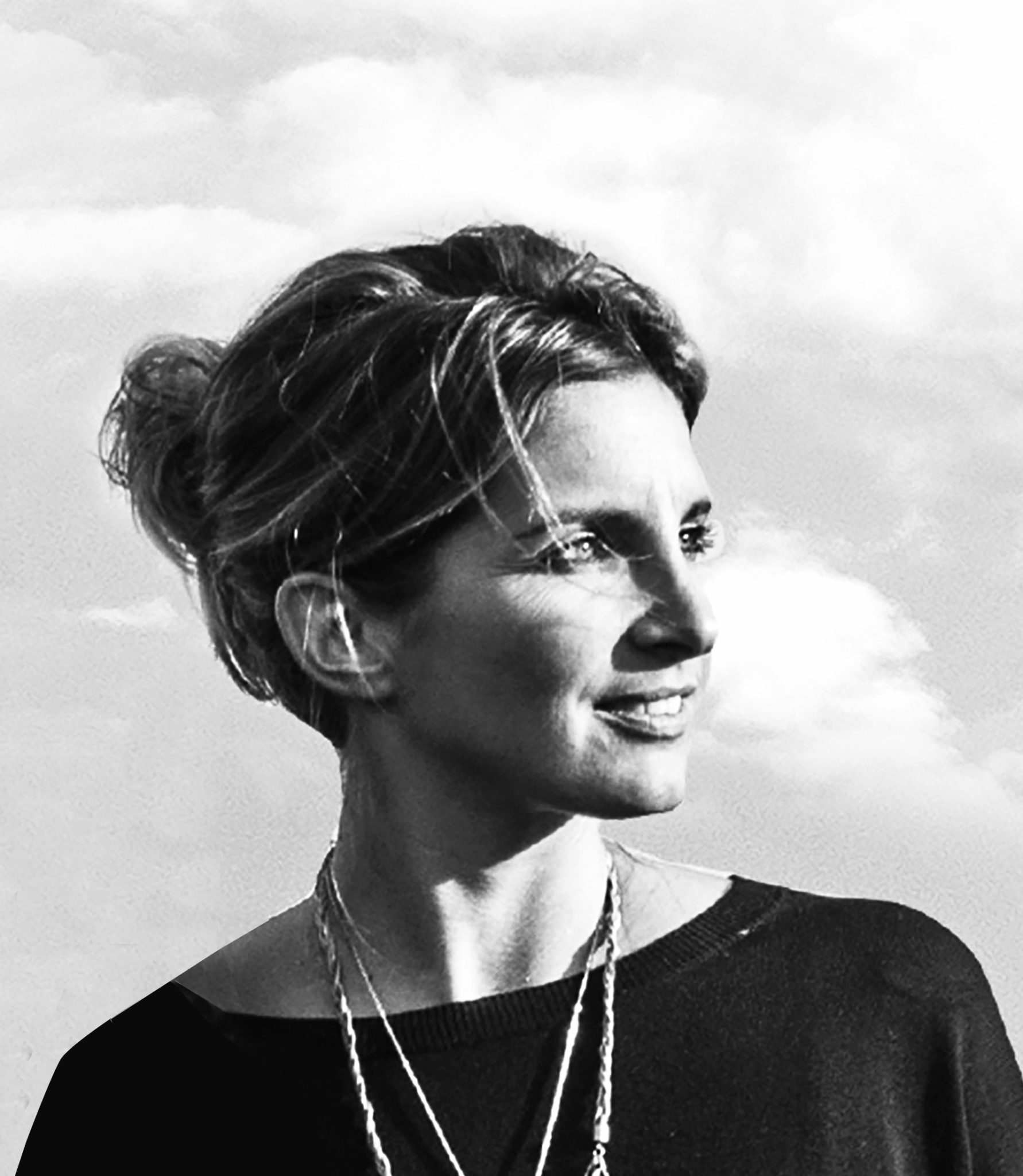 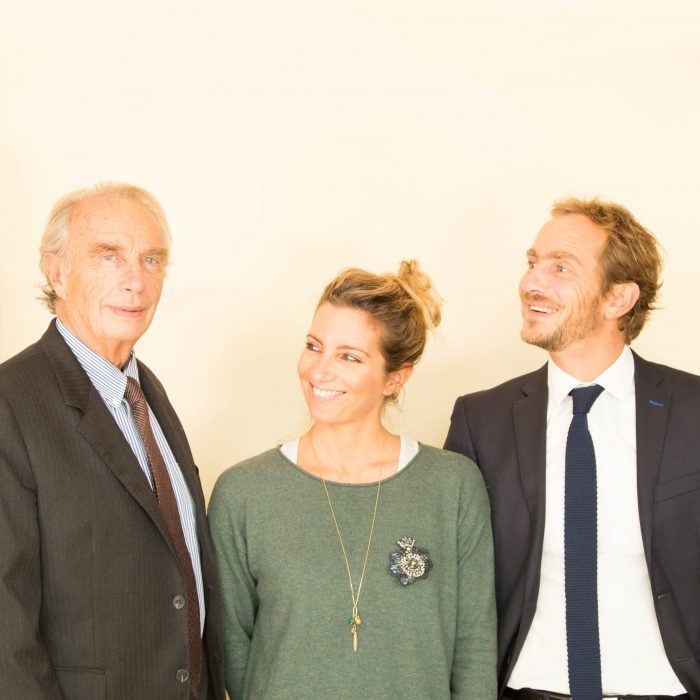 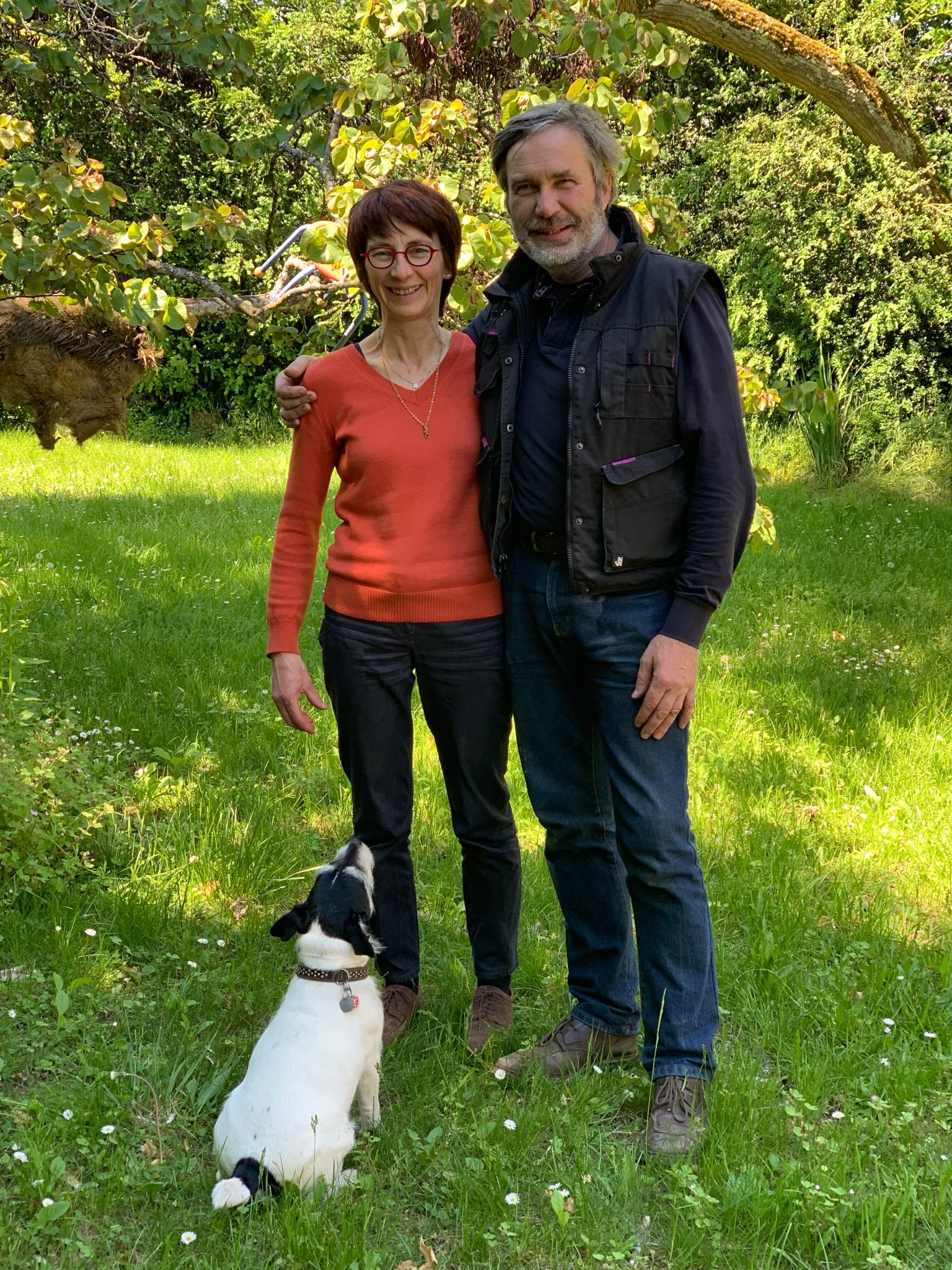 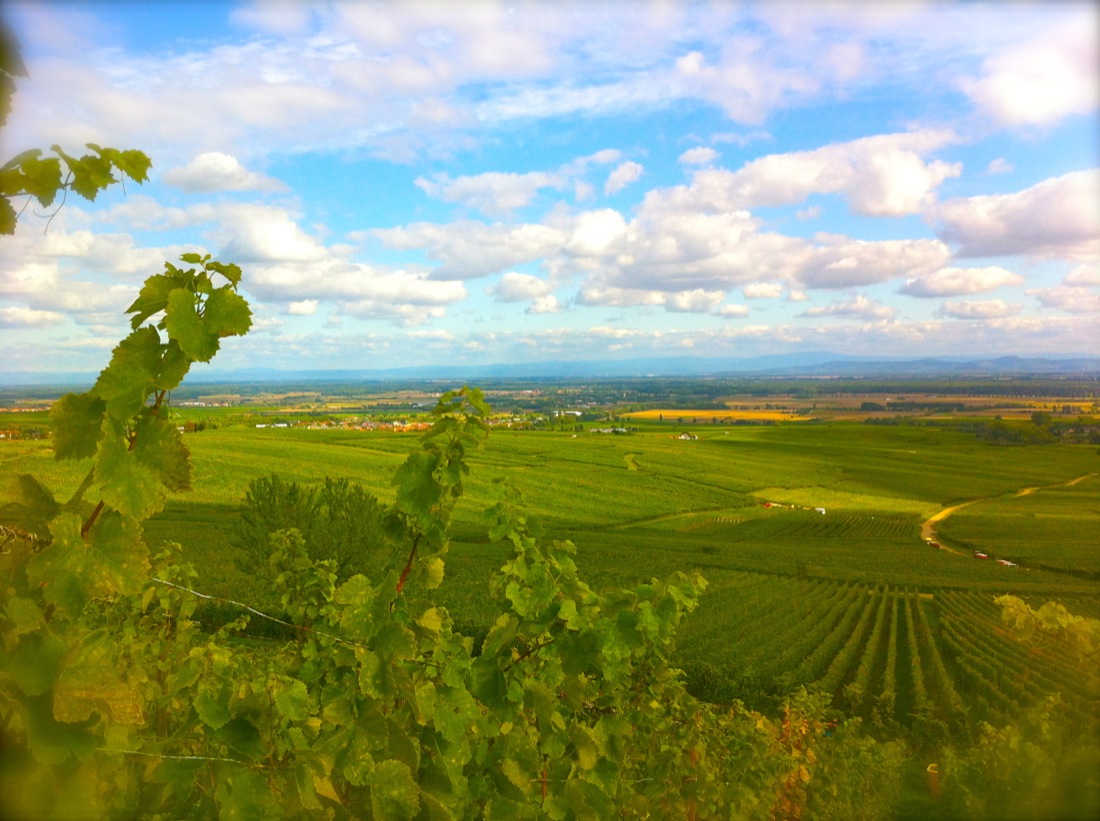 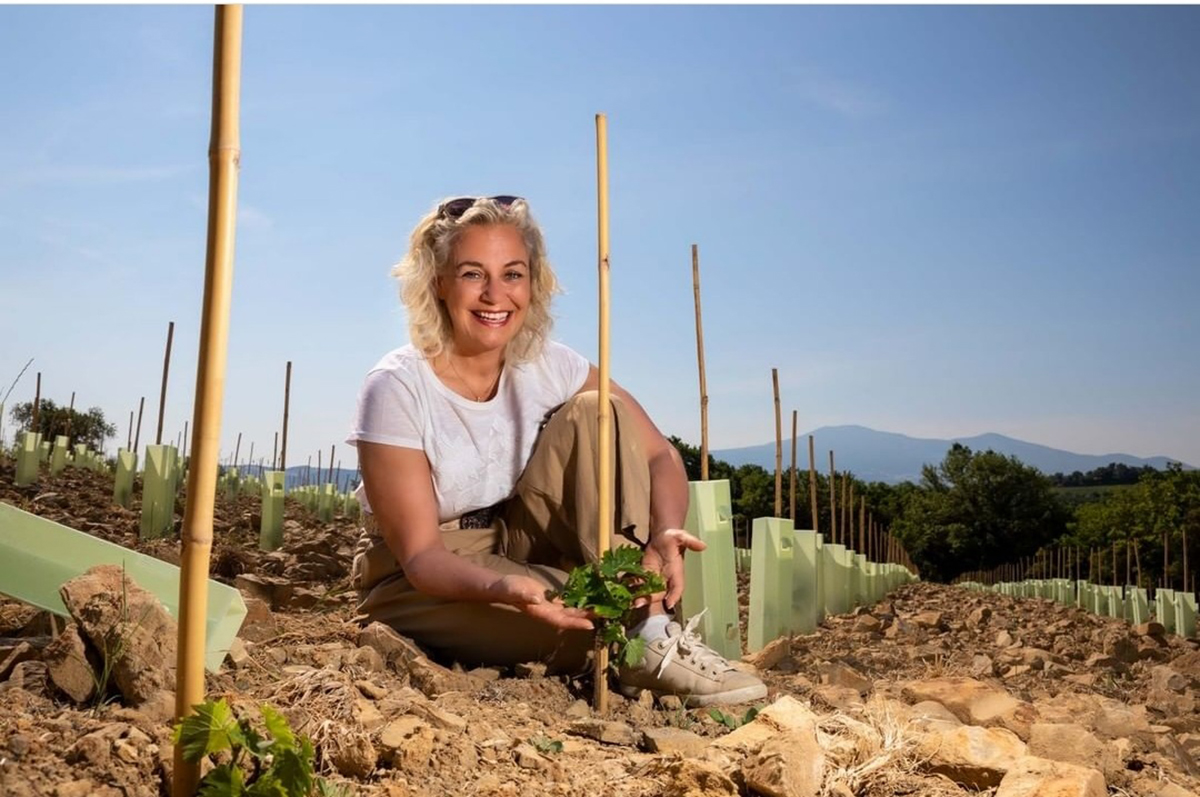 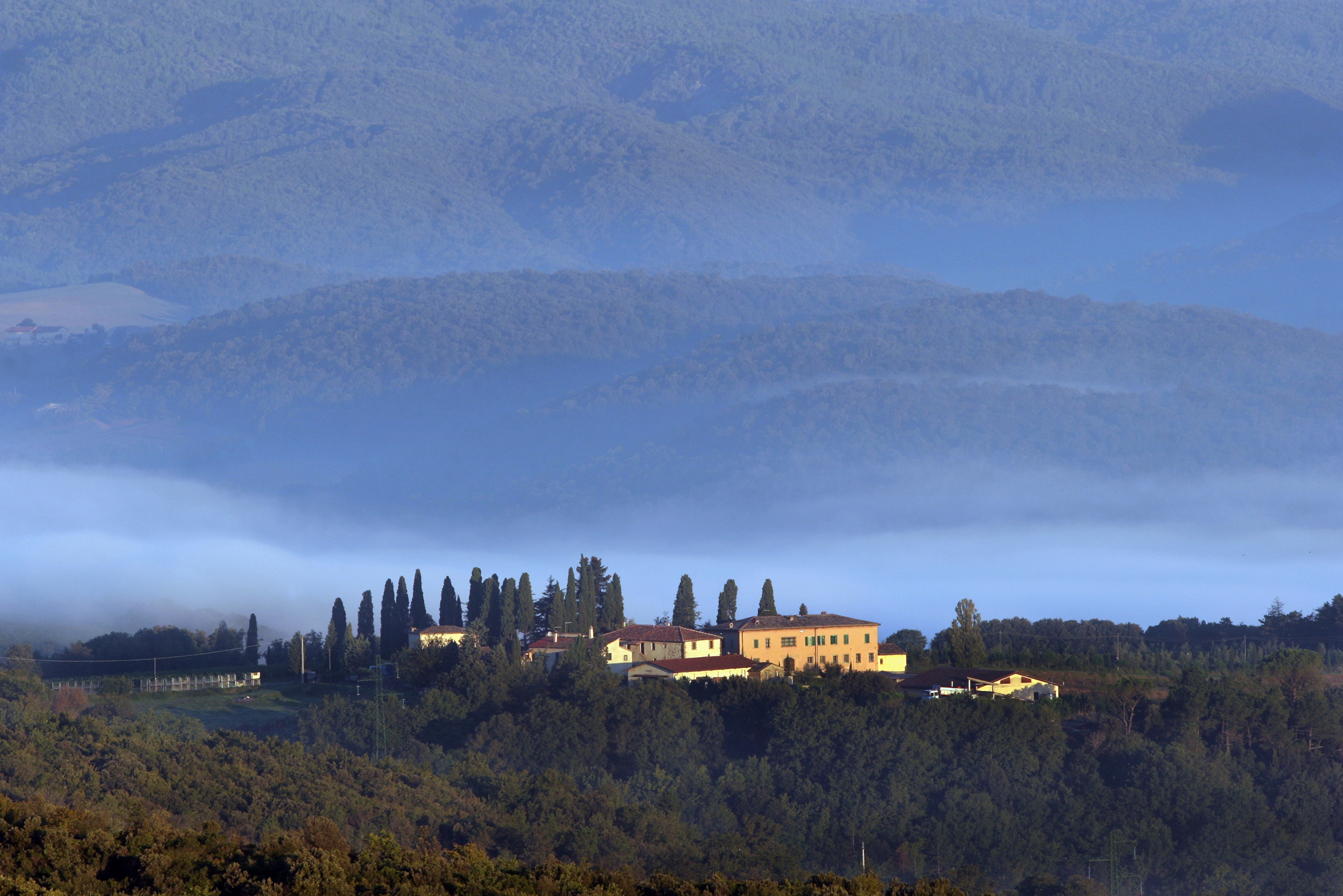 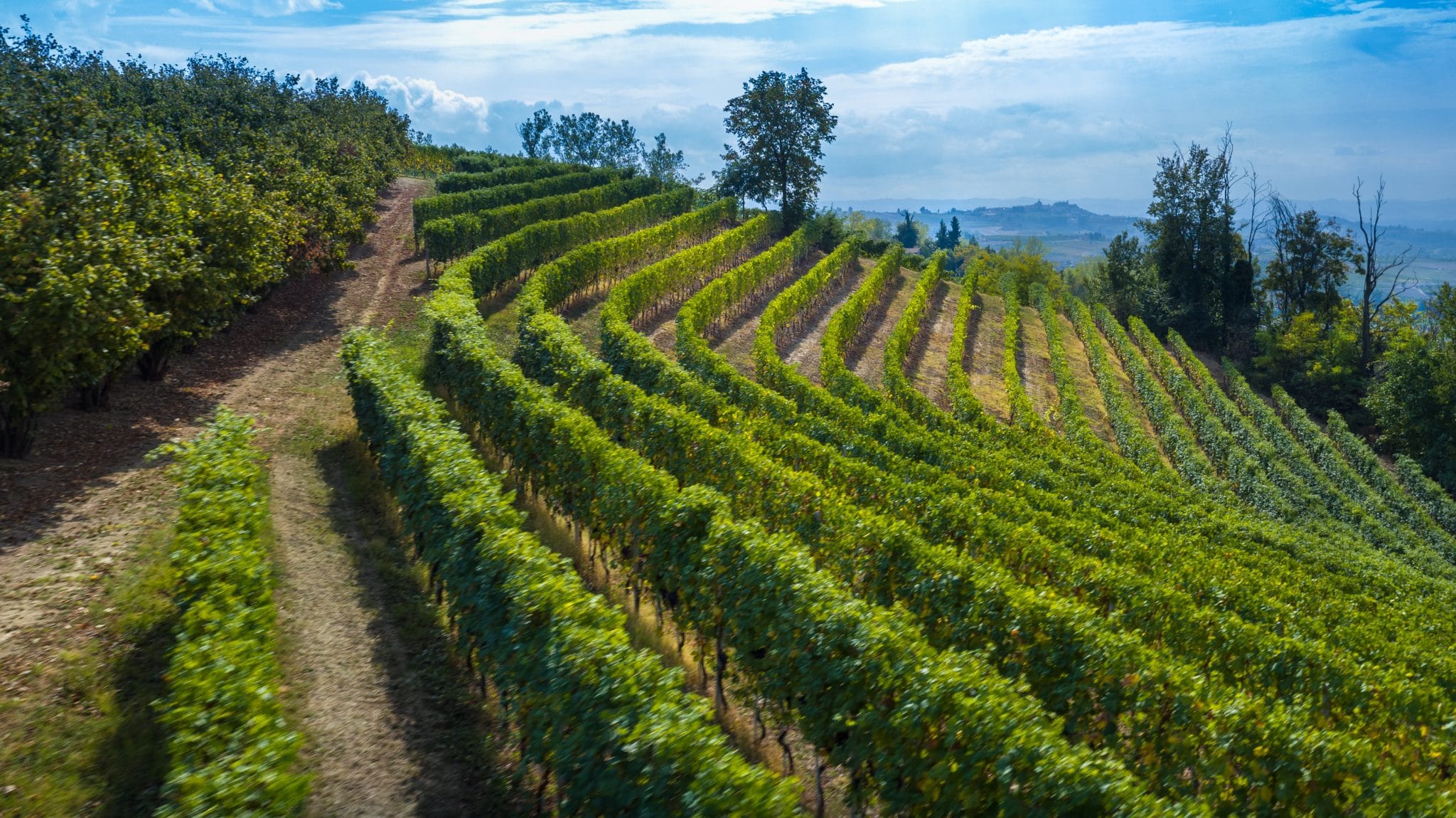 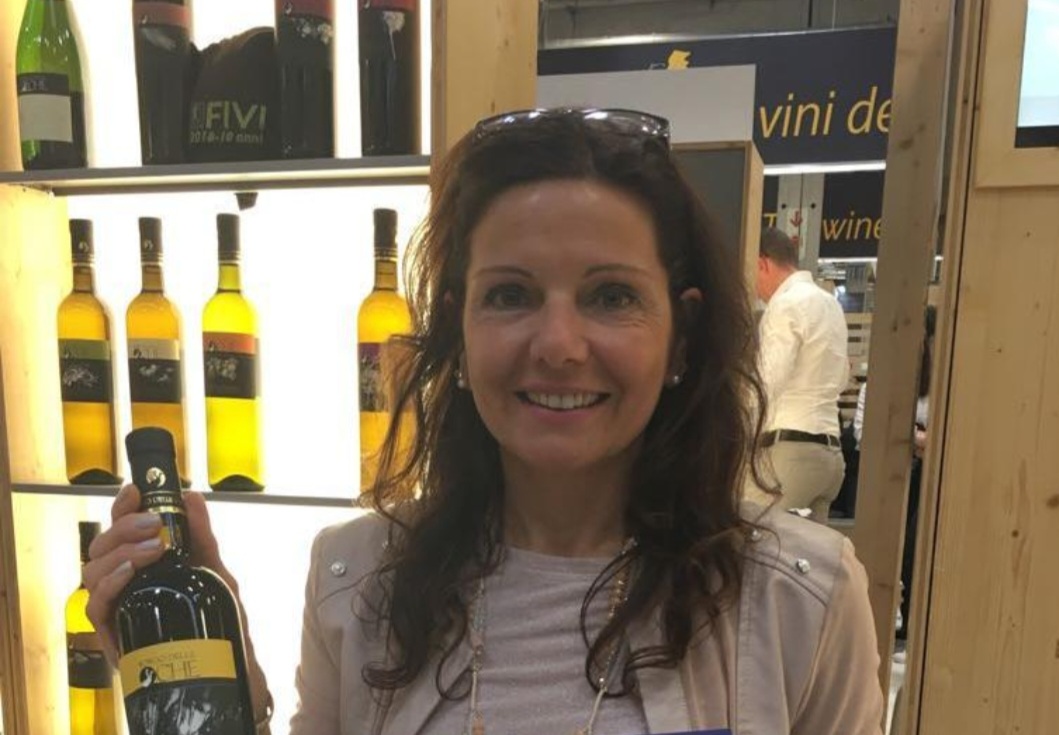 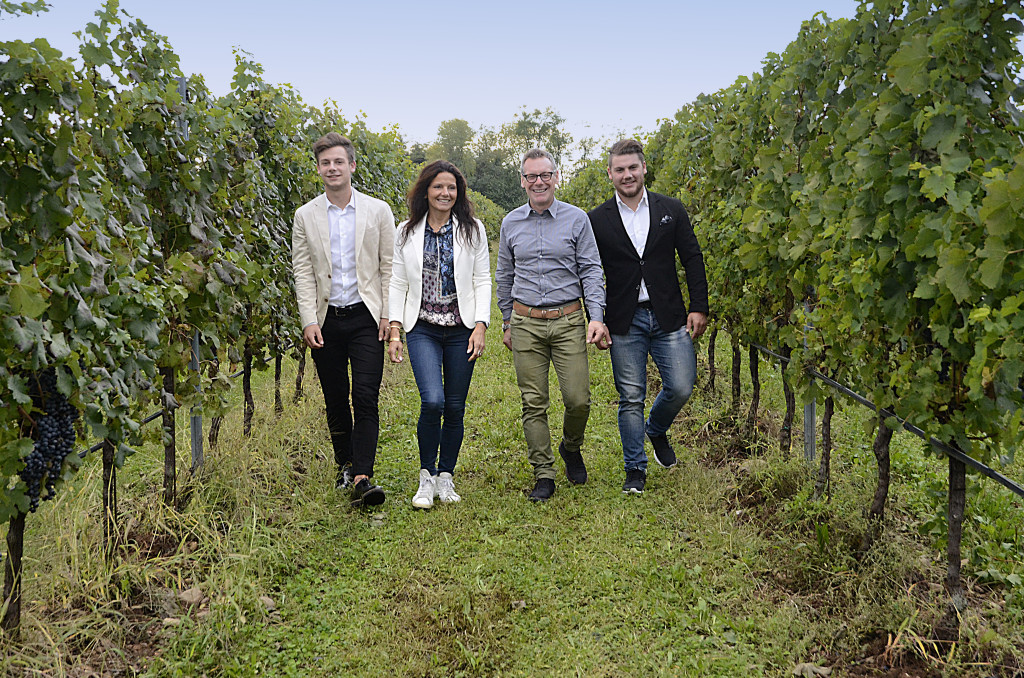 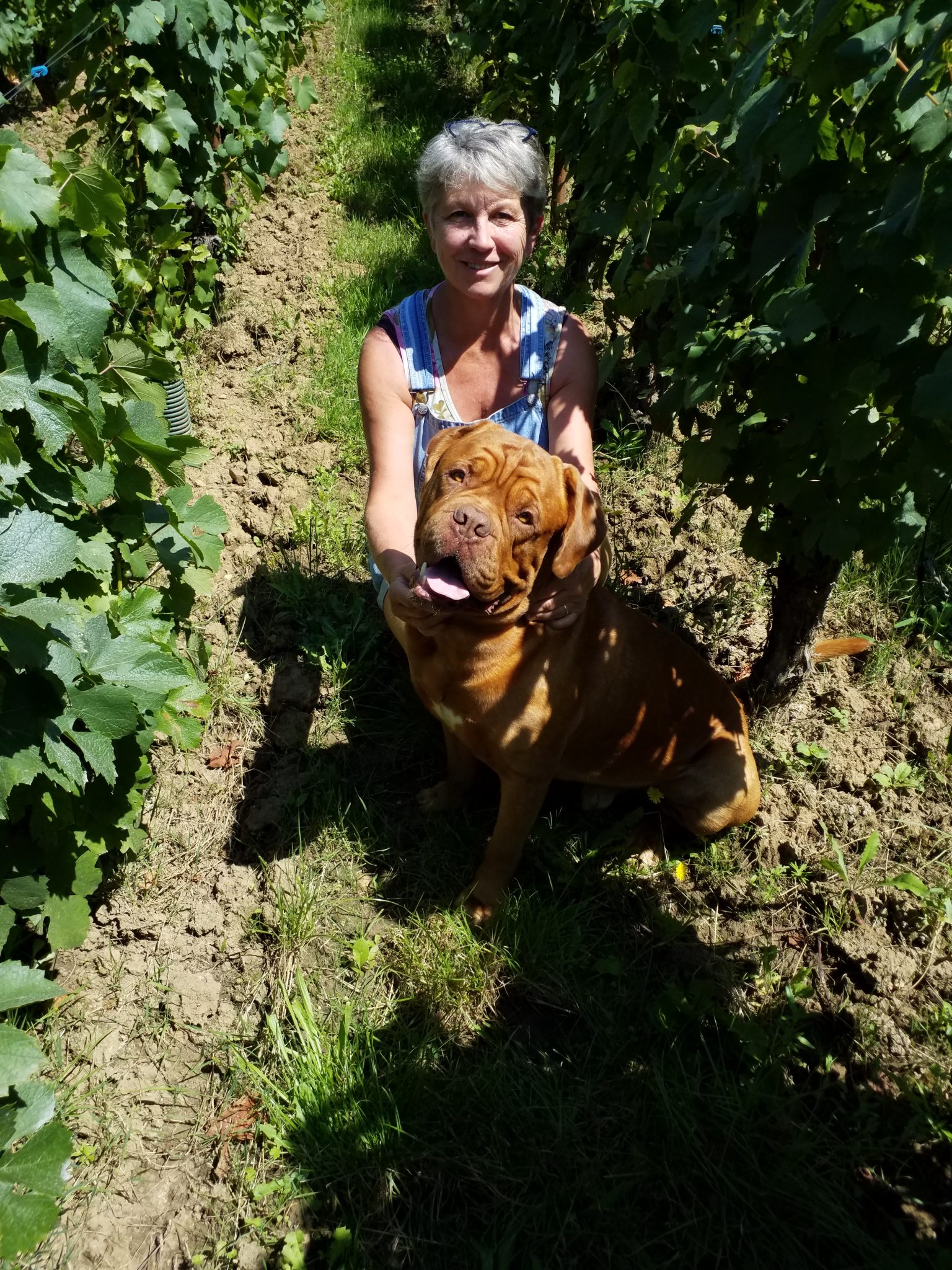 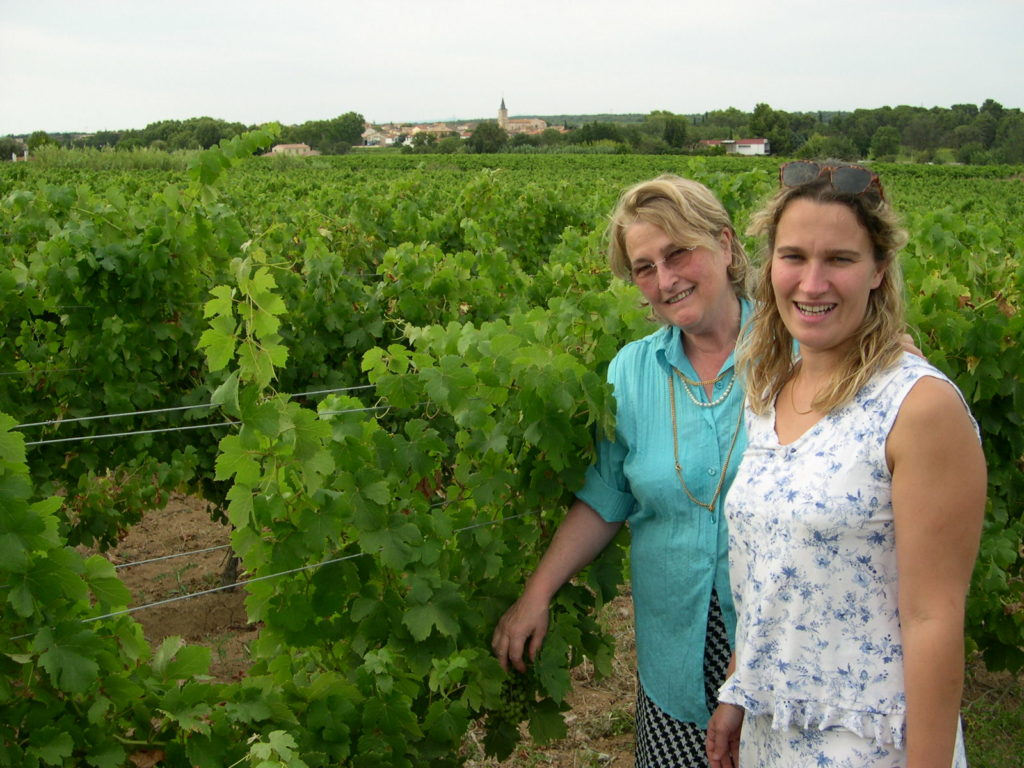 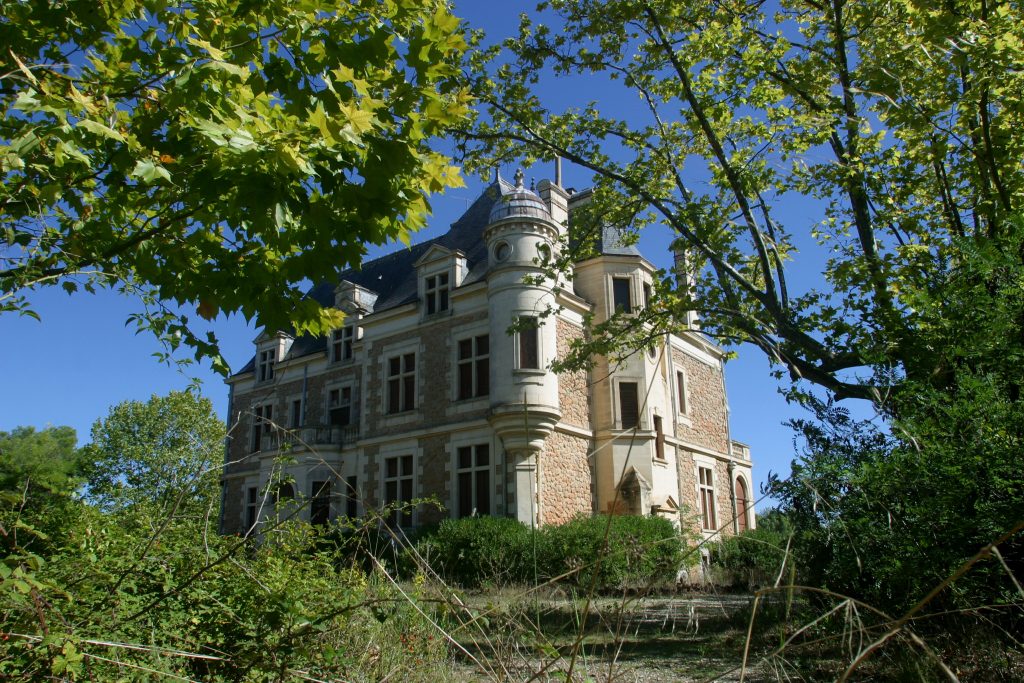 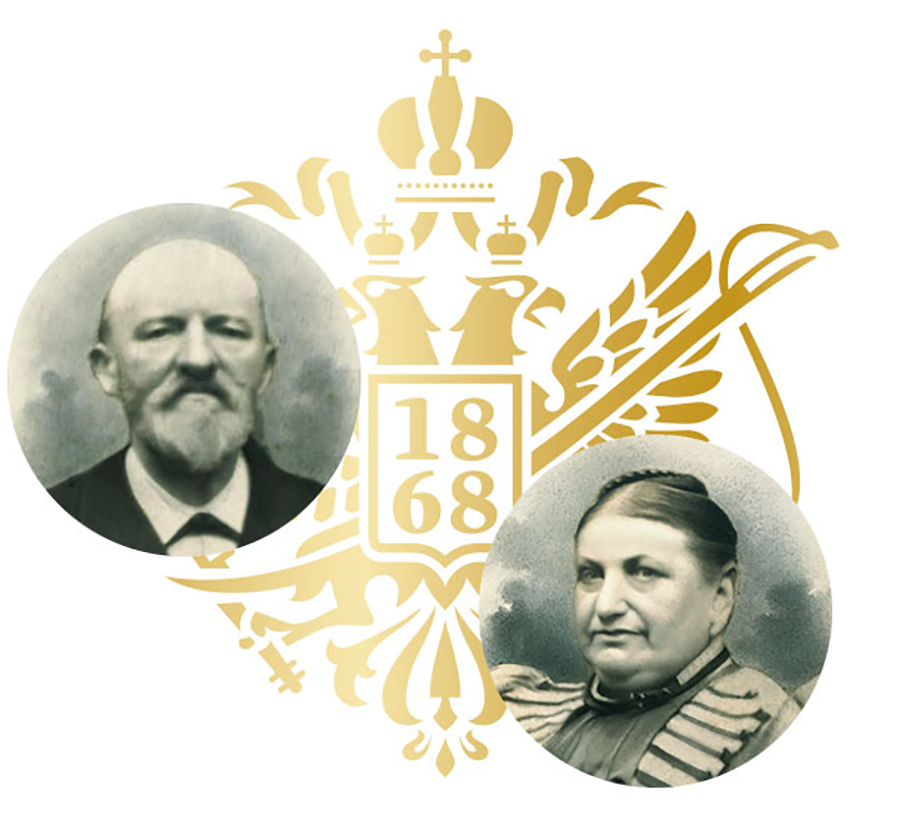 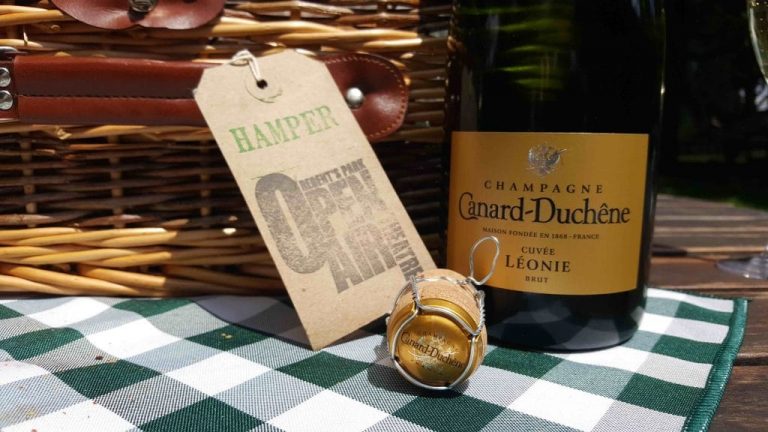 We are so thrilled that Regent's Park Open Air Theatre has reopened for a new season! Set in 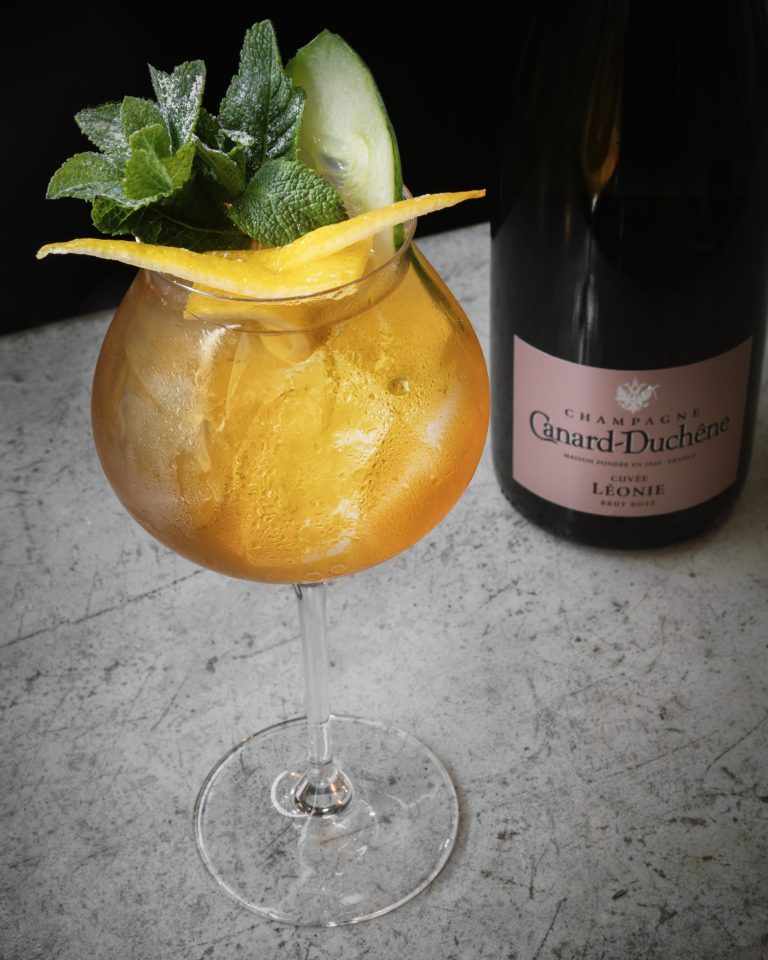 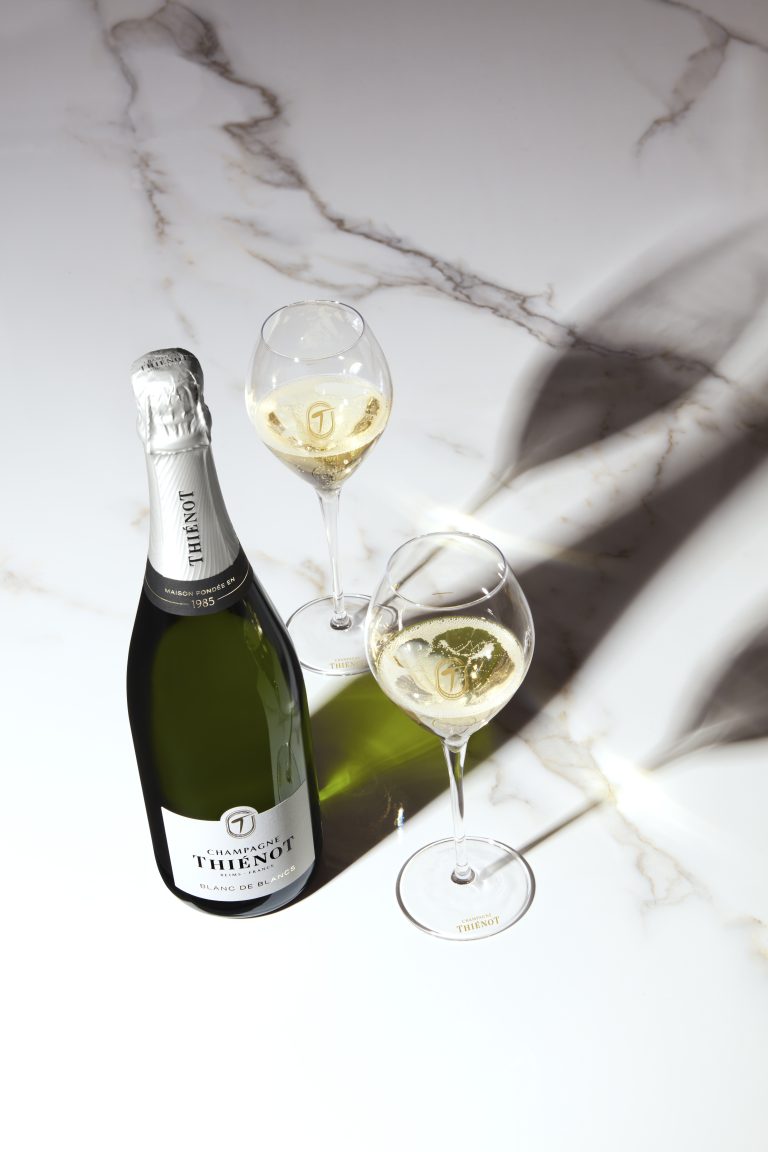 A new face in 2022 for Champagne Thiénot

We are pleased to announce that Champagne Thiénot, a modern and entrepreneurial family Champagne House always looking ahead,

Win a magnum when you sign up to our news!   Our May magnum is Château Val Joanis Cuvée