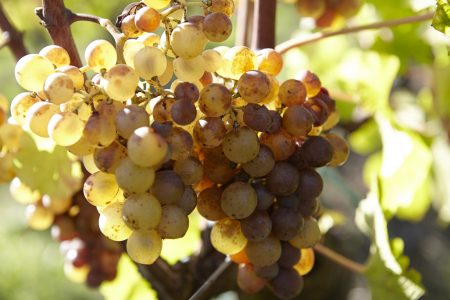 Château Roumieu is a family-owned property passed down from generation to generation since the 18th century. Each generation has retained the same love of the terroir, respect for traditional methods of wine growing and a belief in the moral duty to transmit this knowledge from generation to generation. The name “Roumieu” refers to an important stage along the ancient pilgrimage route of “Saint-Jacques de Compostelle”, or St. James’ Way, back in medieval times – when “Roumieu” was used by the Moors to describe the Christians. A scallop shell, adopted as the Chateau’s emblem, features on the label, as “Saint-Jacques” is the French word for scallop. The Château is located on the calcareous-clay plateau of Haut-Barsac, on the same terroir as the most prestigious Cru wines of Sauternes, with Climens (1st cru) and Doisy-Védrines (2nd cru) both adjoining the property. Over the years, the Craveia-Goyaud family has committed to protect the unique character of the terroir.