The Tokaj Dorgó Vineyard is a selection specifically made for Champagnes and Châteaux by Disznókö’s team led by winemaker László Mészáros. Dorgó vineyard is located in a beautiful setting at the southern approaches of the Tokaj wine region,in the South-West facing slopes. Mostly planted by furmint grapes on volcanic soil between 150 and 200 metres of elevation. Dorgó has volcanic clay soil, on rhyolite bed rock. In the upper zones the soils are mixed with the rocks.

Vintage 2002 The 2002 vintage matured earlier than any previously; by late August our grapes were already ripe. Low precipitation and morning mists at the end of summer and early September allowed the Botrytis to settle on ripened grapes. They were finely touched by Botrytis, and the dry, sunny weather of September resulted in perfect shrivelling. From early October to early November, the weather became rainy and changeable, and few dried aszú grapes developed. These grapes were far more botrytised, but less concentrated. Our great Aszús, lively with sparkling acids, were mostly made from grapes of the first half of the harvest.

Harvest Individual, berry by berry aszú grape selection was carried out several times in the vineyard. Storage of aszú berries in stainless steel containers until vinification in early November.

Vinification The perfect quality aszú grapes were macerated in fermenting must for three days.

Ageing The wine was aged in oak barrels with a capacity of 225 litres in the traditional underground cellars of Tokaj for two and a half years, partly in new oak. Bottled in January 2006.

Tasted at the Disznoko tasting in London, the 2002 Tokaji Aszu 6 Puttonyos had an intense dried honey, lanolin and brown spice-scented bouquet that is very satisfying, later even a hint of Vervanne tea surfacing through the aromas. The palate is quite sweet on the entry (even for a 6 Puttonyos) with spice, gingerbread and lemon rind infusing the viscous texture. It is discretely moving into its secondary phase and should give another two decades of drinking pleasure without problem. This is a superb counterpart to the 5 Puttonyos this year. Neal Martin – 93 Points – Oct 2016

More than a decade old, this mature Tokaji evokes apple tart, quince paste, brown spices and clove, with a hint of orange peel. Elegant and racy, with a long, dried fruit—infused aftertaste. Better than previously reviewed. Drink now through 2018.

Far more than a simple dessert wine. Enjoyable on its own of course, but with a surprising range of dishes too. Great paired with white meat with creamy sauces, venison with almond sauce, poultry with orange/cranberry sauces. Also excellent with fish, like smoked salmon marinated in red pepper, with seafood and with refined spicy and fusion dishes. A superb accompaniment to mature salty hard or blue cheeses – like Roquefort. Simply with fruits (apricot, pears or fruit salads) or fruit-based dessert (e.g. apricot tart). A natural choice instead of a dessert or to sip next to a quality cigar. Ideally enjoyed cool (11- 13°C). After opening, it retains its freshness for at least a week in the fridge. Ready to drink but you can also age it for 30 years or more.

We offer FREE UK mainland delivery to most postcodes for all orders over £100.

We cannot specify exact delivery times, but if you have a particular request or deadline to meet, do let us know by giving us a call on 0207 3269655 or sending an email to Orders@ChampagnesAndChateaux.co.uk and we will do our best to accommodate all requests. Please make sure we have your correct contact telephone number with your order.

Should we be unable to deliver we will try and deliver on the next available day. We might have to charge you the cost of re-delivering. This will be confirmed by email. 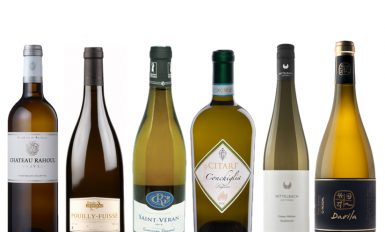 We have so many amazing wines on our list that it was difficult to select 6 white wines but this is our ultimate list. Enjoy! 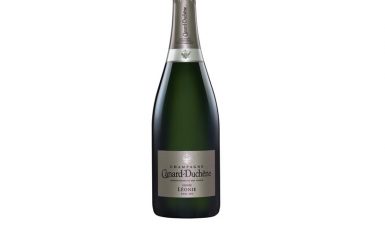 The Léonie demi-sec cuvée is a delightful expression of richness and style.

Use Voucher code CANARD6 at checkout 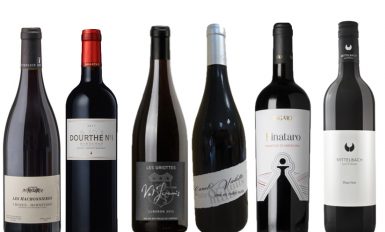 A mixed case of our favourite red wines